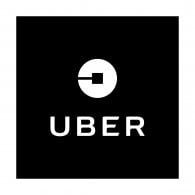 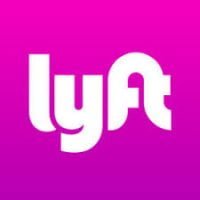 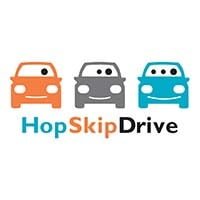 Ridesharing has exploded in popularity in recent years, especially with the rapid growth of ridesharing services Uber and Lyft. Nowadays, ridesharing is one of the most visible and revolutionary aspects of the sharing economy. While it has been controversial in some cities, it has allowed regular car owners to make a supplemental income while allowing passengers to use their mobile phones to hail affordable and efficient transportation.

The rapid growth of ridesharing has been remarkable. As recently as 2012, ridesharing didn’t even exist in most cities and taxis and public transportation dominated how people got around major cities. Just four years later, ridesharing had become a billion-dollar industry and there are now more Uber drivers in New York City than there are taxi drivers. While there are many different ridesharing services, they all work on the same premise: customers use the company’s app to hail a car from their mobile phones and those cars are typically driven by non-professional drivers. Payment is made through the app rather than directly to the driver.

Uber has become so dominant in the ridesharing industry that the company name has itself become a verb for hailing a car with a mobile phone. However, there are other ridesharing services out there, most notably Lyft. While Uber has about 70 to 72 percent of the ridesharing market in the United States, Lyft has seen phenomenal growth in recent years and now has about 28 to 30 percent of the market.

However, where prices can really fluctuate is with what is called dynamic pricing. Dynamic pricing (or what Uber calls “surge pricing” and what Lyft calls “prime time”) simply means that you will be charged extra for using the ridesharing service at certain times and certain locations. That means that around rush hour you can expect the cost of your rideshare to increase, sometimes by twice as much. Unforeseen events, such as a transit strike, can also lead to dynamic pricing. Essentially, whenever there is increased demand for rideshares at a certain time or place then prices will go up.

Ridesharing is currently mainly used by adults. That is because driver background checks for rideshare drivers aren’t always stringent (though this is changing), meaning that in most cases using a rideshare for children isn’t always advisable. However, ridesharing for kids is expected to become a growing segment of the ridesharing market. One California startup, called HopSkipDrive, is aimed precisely at this market. HopSkipDrive has more stringent background tests for its drivers, most of whom are women. Eventually, ridesharing for kids is expected to become an alternative to the school bus for many children.

Ridesharing is especially dominant in cities and nearby suburbs, though it is expanding to rural areas. Uber, the largest ridesharing service in the world, operates in more than 600 cities worldwide. Lyft, meanwhile, operates in over 300 cities in the United States and recently expanded into Canada. Other ridesharing companies are available in other countries as an alternative to Uber and Lyft. Some cities, however, have banned rideshares.

Is There Tipping With Ridesharing?

Tipping is a bit of a controversial topic for some ridesharing apps. Famously (or notoriously), in the beginning, Uber did not let users tip their drivers through the app and it discouraged tipping drivers in person. However, now you can tip in Uber.  Lyft also allows for driver tipping.  Whatever service you use,  tipping is not expected.  Essentially, the choice of whether or not to tip is up to the customer.

To use ridesharing services, customers need to download the app of whichever service they would like to use. In terms of Uber and Lyft, there is very little difference between the functionality and ease-of-use of either app. Both have been perfected over time to ensure that they work well and are responsive to customers’ needs.