The Benefits of Using Online Video to Communicate

Using Video To Communicate Has Become a Standard

The benefits of using online video to communicate is obvious to most people that own a smartphone, laptop or computer.  It is a quick and digestible means of conveying a message in a short amount of time. Since the advent of the internet and smartphones there has become a giant leap in the amount of time people spend on their devices. Online videos are use for a myriad of purposes from how-to videos to advertisements from tech savvy companies. According to various online metrics the rate of video consumption has increased by 40 percent year over year since 2010.

Businesses publish an average of 18 videos each month

That seems like a lot of airtime – so why are companies investing so much in video marketing?

First things first: You need to capture your audience’s attention. This is one of the most important factors in the benefits of using online video to communicate.

The problem? The number of marketing messages flying at your prospects from all directions is overwhelming. Experts estimate that the average person will see thousands of ads vying for their attention over the course of an ordinary day, and that means yours has to stand out if you want them to take notice.  Part of that is communicating with your audience through the medium they’re most comfortable with – and for many people (particularly those in the 25 to 34 age group), that’s video.  Video keeps people engaged, too.

According to HubSpot, the average video retains 37 percent of viewers all the way to the end. Videos clocking in at under 90 seconds have an average retention rate of 53 percent, while those over 30 minutes retain just 10 percent.

Short and sweet is the key to engagement, but you need to do more than engage one or two people. You need your video message to take on a life of its own.

Fortunately, videos are the most-frequently shared types of content on social media. 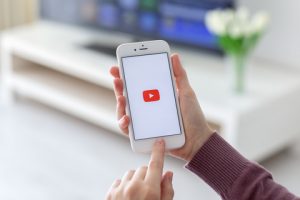 Your message is amplified – and its reach is increased – just because it’s a video (rather than text or another medium). Social video generates 1200 percent more shares than text and images combined, according to WordStream, and videos are much more memorable than text is.

As a side benefit, videos on a website increases the amount of time visitors spend there. Because Google uses the time visitors spend on your site as an indicator of the site’s usefulness to searchers, there’s a point in your favor. Some studies have also shown that websites with embedded videos more frequently shown up in the top organic result on Google, and that’s something no company can buy.

Video is a Great Format to Inform Consumers

Whether you’re creating a how-to video to broadcast your brand or you’re interested in video product reviews, consumers are able to establish trust for your brand faster when they’re watching a video. In fact, 92 percent of people trust statements made by people they know, according to Nectafy.com, and 77 percent are more likely to purchase something when it’s recommended by a trusted source.

Why does it work this way?

Dr. James McQuivey famously discovered that one minute of video conveys just as much information as 1.8 million words does, and that means your consumers can absorb a massive amount of knowledge within seconds.

Our brains process video differently from the ways they process other information. We have a visual cortex, and it’s where images are pulled apart and sent to different parts of the brain.

Think of your visual cortex as a machine that takes apart puzzles and sorts pieces by what they depict. There’s a bin for faces, one for edges and angles, and one for unnecessary information, too – like a background color that doesn’t contribute to the content of the picture (other than aesthetically).

The visual cortex can work in overdrive mode, so it’s able to process several images quickly. That’s why you’re able to understand what’s going on in fast-paced action movies when the actors have no lines, and it’s why you can watch a slideshow of photos with no text and still understand the story they’re telling.

Videos flood the visual cortex with information, including a context to put it all in.

Think about your own experiences with video marketing. Have you scrolled through Facebook and paused on a video (even one with no sound) to see what story it’s telling? Have you Googled a “How-To” video on something you weren’t sure how to do? Do you find it easier to watch a quick clip than to dig through an owner’s manual, call an expert, or click through dozens of anonymous reviews?

If you’ve done any of those things, you’re not alone. Eighty percent of 18- to 49-year-olds watch YouTube in an average month, and those numbers are still climbing.

Video works. It’s easy, effective, and conveys messages in ways no other media has been able to – and that means it’s the smartest choice for businesses who want to meet consumers where they are. The benefits of using online video to communicate are obvious.

The Benefits of Using Online Video to Communicate FAQs

How do I link to videos I create?

Linking to a video is not too complicated. Click HERE for a brief description and some basic terms and potential difficulties you may experience.

What about communicating by video in real time?

How do I know if people are watching my video?

Depending on the platform being used, many web hosting companies provide metrics to allow owners to see not only how many views the video is getting, but what times are getting more traffic, and even some demographic information about what groups of people are viewing your information.

Advertising Disclosure: This post may contain promotional links. Watch the Review may be compensated if you use these links.